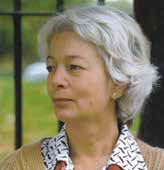 Emerald U3A laments the recent loss of Joy Southall at 93 years of age, after delighting her friends with her enjoyment of literature and poetry over the years. Her courage and endurance, humour and dignity sustained her throughout an eventful life of adventure and of loss.

My car seats were lowered to make room for her walking frame as I drove her from U3A, past her former front gate in Old Emerald Road, to her last home just off Old Emerald Road. On that slope above Parson Jack’s Gully that runs through Wards Reserve she raised her four children after World War II. Her convulsive laughter when I asked how she met her writer husband, Ivan Southall, is a vivid memory.

She had been evacuated away from her English family and after leaving school found work in photography. Ivan Southall, a successful writer from childhood, was claimed by the army and trained at 18 in mapping, tracking and maths, leading to a transfer to England and the RAAF. Joy met his eyes for the first time when her work entailed delivering photographs to his office. As she turned and took a couple of steps to leave, she felt some impedance.

‘Did you know you’d dropped something?’ Ivan asked politely. She looked down to see what it was. Her fine French satin and lace panties were confining her ankles.

Their friendship soon grew and deepened, leading inevitably to their marriage. Ivan spent some time in England writing war history. However his yearning for a life that allowed him to write his own stories led him to the Dandenongs, where he bought a pioneer cottage on Old Emerald Road.

This was hardly what Joy was used to.

Of course there were plans to build but she faced childrearing here with no facilities whatsoever. There was not even a bathroom. To bathe she had to boil up water in the outside laundry shed and fit herself in the concrete double trough, with her knees over the division. She was not prepared, however when the Methodist minister came unexpectedly looking for his lay preacher, which task Ivan had now assumed. Nor did she expect that after knocking in vain on the front door, he would go searching for Ivan and stick his head around the shed door. I suspect it took her quite some time to be able to laugh at that memory.

Eventually Ivan’s success took away the need for growing food and finding other work. Joy supported him through the hours, days and weeks he spent living his books. Stories inspired by his time in the air force now gave way to writing about the life around him and within.

When Joy’s mother visited from England the children begged for a séance during which she told Ivan exactly what distances in which directions he should take to find the old, hidden gold diggings. Next morning he gave in to the children’s insistence and cleared a way through dense bush regrowth and was somewhat astonished to find himself standing at the top of a partly filled shaft.

Joy now had time to wonder whether she had married a market gardener, a writer, or a gold miner. The writing urge won and he filled in the shaft. For twenty years Joy faithfully carried out the duties of wife and mother while he closeted himself away turning the people and places he knew into stories.

I first encountered these stories from Old Emerald Road just after I bought my ten acres round the corner in Wards Road. When I set out to map for poor readers the setting he described in ‘Ash Road’, I suddenly noticed that it gave me directions past Joy’s home to mine. This bushfire story became even more fascinating. Others followed, transforming the neighbourhood and its inhabitants into gripping tales.

It was not long before I met the man who sold Joy and Ivan their property. He was the delightful old Aldy Coulson, who turned out to be the first baby born in the newly subdivided Monbulk Village Settlement. In my turn I stirred up the people of Old Emerald and its surrounds to create fiction.

Joy Southall had many more stories to tell that I was intent on hearing. Sadly too late, the seat beside me in church remains empty yet I still hear her stick, her groan and sigh as she sits. Never have I passed her old front gate in Old Emerald Road without an appreciative nod to the work done there: the food grown, the imagination solidified into stories, the courage. For tragedies happened too but Joy survived with courage intact to live her life to the full for those 93 years.